Excerpt from Vimy by Pierre Berton.

At Vimy, far more time was spent in back-breaking toil – endless digging with pick and shovel, toting heavy loads over difficult ground – than in firing any weapons. The Canadians easily adapted to these familiar conditions, made the best of them, and used age-old Canadian devices, such as the Indian tumpline, to alleviate the work load.

These were men whose arm and shoulder muscles had been toughened by years of playing two Indigenous Canadian games, lacrosse and ice hockey. It was no great feat for them to march for hours with a rifle at the slope or high port, or to lunge with a bayonet. There were also men who were used to working with horses, who had laboured on the railways and mines, and who had tinkered with farm machinery. All these skills dovetailed neatly into the Vimy requirements, where thousands of feet of rails and plank road had to be laid, hundreds of yards of tunnels had to be blasted from the chalk, and fifty thousand horses had to be fed and cared for.

Trench life in France was appalling for everybody, but at least a good proportion of the men at Vimy had known what it was like to sleep out in the mud and rain, to eat a cold meal in the wilderness, and, in many cases, to knock over a deer with a rifle. It was the same with those in the sky above. All of Canada’s leading flying aces came from backwoods communities, mainly from the West. In civilian life they were crack shots and good riders. After all, to manhandle a Sopwith Camel in the Great War wasn’t that different from riding a spirited steed.

The Canadians who went off to war in 1914 from the fields and the forests were not yet soldiers; in or out of uniform they could not have prevailed against a disciplined enemy. But they had the guts and stamina and, perhaps more important, a habit of self-resilience that would help carry them through those weary months when the mud and vermin were almost unbearable, and those tense few hours when the guns roared and the trenches ran with blood.

Welcome family and friends. The Westcott Family is honoured to have you here today, and your love and support is sincerely appreciated.

My introduction today was borrowed from an important page in Canadian history, written by Pierre Berton in his book called Vimy. The credit to the “guts and stamina” and “self-resilience” of those heroic Vimy soldiers sends a message to my heart about the bravery and tenacity of another proud Canadian, my cousin, Christina Westcott.

Christina pursued life with the same passion and fortitude that Canadians, including our grandfather, Clarence Pye, and great grandfather, Samuel Pye, took to war. Christina’s “habit of self-resilience” carried her through her own epic battle.

It’s fitting that we embrace a touch of Canadian history on a day that honours Christina. She would agree that a classroom-style lesson can come at any occasion, even at her Celebration of Life service. Our promise to never stop learning is for the one who never stopped teaching.

Canadian history was very important to Christina. In 2007, she organized a student trip to the Vimy Ridge monument and the First World War battle ground in France where Canada brought victory on Easter Monday 1917. The Canadian spirit that triumphed Vimy also defined my cousin.

Life is about being true to yourself, and Christina owns this achievement. We are very proud of her. She never backed down on personal promises. She never stopped cheering on her family. She never forgot where she came from.

As a little girl, Christina’s imagination turned playhouses into school houses – and, yes, she was the teacher. Reaching out to support her family as well as classmates was just as important to Christina as the degrees she earned to achieve her teaching dream. Christina’s passion for teaching and caring about the success of others made a profound difference in the lives of hundreds of students, parents and teachers. Christina stayed true to her small-town roots, taking Brechin farm values and Westcott determination to Peterborough, Kingston and Oshawa.

Several years ago, I finished up a business meeting early in the City of Oshawa. As I drove past a high school, I thought, “Hey, I wonder…”

Christina came to mind. I knew she had accepted a teaching position with the Durham Region School Board. I turned the vehicle around, pulled into Oshawa Central Collegiate, and walked into the main office.

I said, “Excuse me. Does this school have a teacher on staff named Christina Westcott?”

A teacher passing through the office announced “follow me” and off we went as she guided me through the school hallways. She threw open a door and interrupted Christina teaching to a full class. Her smile lit up and Christina never skipped a beat.

She said, “Class, this is Robert Pye! He is here today to give us a talk about fish and wildlife conservation!”

I have no idea what I taught that day. It didn’t matter. Christina was thrilled, and I was proud of myself that day for acting upon the spontaneity and sincerity that her love encouraged.

My golden childhood memories shine because of Christina. She was the centerpiece of family gatherings with the brightest smile and greatest laugh in the room. She was the initiative to create quality family time around a simple game like checkers or Sorry.

She worked as enthusiastically as she played. From digging in the gardens to brushing on paint, no job was ever too big for Christina. Taking on the heavy lifting, putting in the overtime, and going the extra mile is the Christina Westcott way. She inspired and humbled the world around her because she never complained or looked for attention when she delivered one hundred percent.

Anyone can work their ass off. Christina worked her ass off with a smile. In the words of her favourite artist, Michael Buble, “It’s a beautiful day, and I can’t stop myself from smiling.”

We all have special memories of Christina, and her smile – that beautiful smile – is the highlight of every Christina Westcott moment in our hearts.

My cousin’s pursuit of her dreams was with grit and grace – that powerful combination is perhaps the greatest lesson this extraordinary teacher ever taught us. 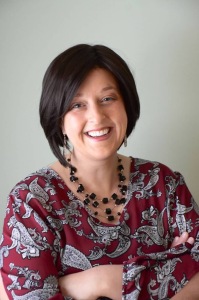 Christina Westcott – you are the real deal.

You are the down-to-earth, proud and true Canadian quality that Pierre Berton wrote about in Vimy.

You are the professional who raised the bar on student success and teacher dedication.

You are the soft strong bonds of sharing at every family occasion.

You are forever in our hearts.

We love you Christina.